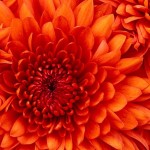 The road transport and highways ministry is set to launch the pilot for a global positioning system (GPS)-based tolling project on the Delhi-Mumbai corridor, a move seen as a game changer for road passengers as well as infrastructure companies. Under the GPS-based tolling system, India’s first, commuters will pay only for the distance they travel on a toll road as against the current practice of paying a fixed toll irrespective of whether they use all or a part of a road.

The project, to be implemented by the National Highways Authority of India (NHAI), will be the pilot for the “pay as you travel” scheme announced in the 2018-19 budget.

The GPS-based tolling system will be fully automatic and the vehicles under trial will be fitted with a FASTag, which would enable automatic deduction of toll charges after which the toll gates will open automatically, a senior government official explained, on condition of anonymity. The amount will be deducted from the vehicle holder’s account and credited to the concessionaire’s within a day. The pilot study will also provide an idea of the time required for processing transactions and the kind of disputes that could arise from them. The last date for submission of bids for the pilot study is 26 February.

The pilot project was earlier to be implemented on the Eastern Peripheral Expressway but due to a delay in its completion, the pilot stretch was changed. Road transport and highways minister Nitin Gadkari had hinted during the India Integrated Transport and Logistics Summit in May last year that his ministry and the NHAI were working on a “pay per km” project. The move comes at a time when toll rates across the country have been rising.

India has 362 toll plazas under the NHAI, generating revenue of more than Rs18,000 crore.